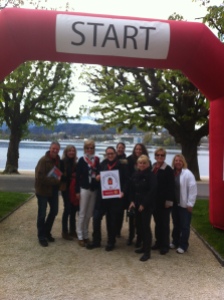 It didn’t take long for it to start. Once the teams were assembled and the lanyards distributed the new identities were immediately embraced by one and all and anyone not on Team MilkCan, or Team Cow, or whatever was a sworn enemy against whom all manner of nefarious esponiage and sabotage was considered perfectly acceptable.

TeamMilkCan was comprised of me and 7 Alpha Females, 2 from Germany, the remainder from the US. We departed the National, Lucerne at a gallop and hustled our way into the strong room at the legendary Bucherer Jewellery Store certain that we’d pick the real diamond from the fakes and guess how many there were in the champagne glass. We lurked around and eavesdropped as other groups deliberated over their answers – those groups having done precisely the same with us! Bucherer offers this as an activity for high end corporate or incentive groups staying in Lucerne – the stakes can be raised even higher by placing a diamond in the champagne that each participant receives upon entering the strong room but only one diamond is real. 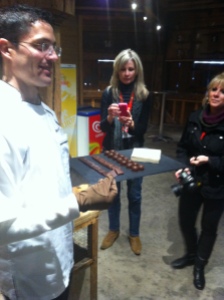 We raced back and forth over the magnificent Chapel Bridge (which I can reliably state dates from the 1300s!) and in and out of the Jesuit and Franciscan Churches in pursuit of answers and, in the process, immersed ourselves in the delightfulness of Lucerne. Nina and Claudia, both German speakers, were particularly helpful to us although at least once we were given a bum steer by a random passer-by. A high point – both topographically and motivationally – was the tasting of exquisite chocolates from Max Chocolatier with Lea Sweifel which took place on the top floor of the Chapel Tower. Max is a truly boutique producer with less than 10 employees and a brand concept as big and powerful as South America.

We then visited the stunning Convention Centre known as the KKL Luzern with its iconic roof structure that spans almost 2 football fields. It’s ultra-contemporary design stands in dramatic juxtaposition to the overall period feel on Lucerne but it’s a brave, engaging statement. With capacities for 2000 plus and perfect access to transport and accommodation infrastructure KKL Luzern makes for a compelling choice for small to mid-sized conferences and events. Our efforts to identify 4 pieces of music were stymied by the simple fact that we didn’t recognise ANY (at first!) of the artists whom, allegedly, have performed at the KKL. Gradually, upon mature reflection, we cobbled together 50% of the answers. 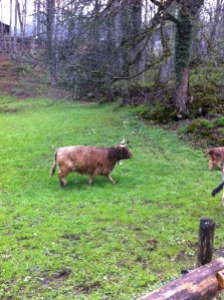 We were then directed to the pick-up point for our vehicles and piled in enthusiastically as the rain become heavier. Driving instructions were concise, precise and correct, just like everything has been since our arrival in Switzerland and soon we were winding our way up to Ballenberg surrounded on all sides by majesty and awesomeness. The Open Air Museum at Ballenberg provides a true and authentic insight into life in the Swiss Alps in the past. Over 250 animals are part of this living museum although nobody explained the concept of “appropriateness” to the randy rooster who went about his business regardless of who was looking. The museum can be privatised after hours and offers endless possibilities for team building, treasure hunts and al fresco Alpine dining. Be careful with the nail game however and don’t for one minute believe you can get that thing in in three strokes!

The rally resumed and we all re-assumed the roles that we had fallen into – me at the wheel, Linda on navigation, Karla on comms with Car 2 and Darlene and Cindy on the comedy routine. It worked perfectly although I’ll never be able to watch “The Sound of Music” in the same way again. We arrived on time, on schedule and on budget at the Convention Centre in Interlaken where we were treated to a wonderful afternoon tea with adult beverages courtesy of Interlaken Congress & Events. Our final challenge included a tricky archery competition in which Cindy emerged as the hawk-eye scoring a perfect 10. Then it was time for relaxation and preparation for the evening’s function during which the leader board at the end of Day 1 would be announced. 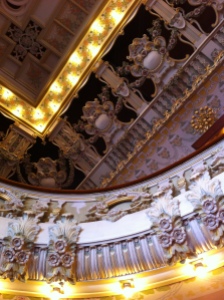 Patrick, Ronan and I asked Evelyne Junker of Interlaken Congress & Events to take us around the Casino Kursaal, the period convention facility adjacent to the eponymous contemporary congress centre. It was stunning – with buildings dating from 1859, 19010 and 1980 this complex provides period aesthetics and modern functionality and capacities of up to 1200 persons.

We took the Harder Funicular up the 1300m from Interlaken to Harder Kulm thereby replicating a century’s old journey. The views from the top were stunning, taking in the entire valley with the two lakes, Lake Thun and Lake Brienz. As we left Interlaken a light rain fell making it unlikely that we’d experience full views of the three iconic peaks, Eiger, Monck and Jungfrau. By the time we reached the end of the 8 minute journey, however, the sun was beginning to show itself and gradually, over the next 45 minutes of so, we experienced the tantalising, stunning full reveal of the three peaks and could see clearly how the Monk was put there to keep the Ugly Man away from the Young Girl. 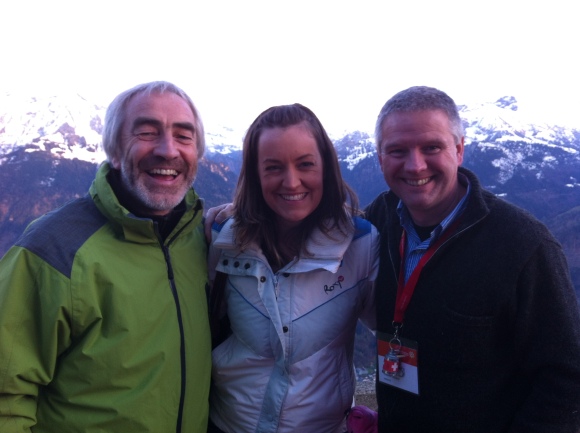 Urs Eberhard, Executive VP Markets and MICE at Switzerland Tourism joined us to announce the leader board positions for day 1 and, by his presence, to endorse the Ovation Trophy initiative. It was wonderful to have the chance to spend some time with a true industry professional whose tourist board has shown such a significant commitment to and investment in the Meetings and Events sector. With his characteristic humour and humanity Urs congratulated all participants and confirmed that we were all winners. He also confirmed that Team MilkCan were lying in 3rd position, just a few points shy of Team Heidi but with some points to make up on Team Sledge.

Pádraic Gilligan is VP of Industry Relations at MCI and VP of MCI’s DMC unit, Ovation Global DMC. Ovation has partnered with SCIB in the creation of the inaugural Ovation Trophy, a “marvellous adventure” style journey from Lucerne to Zermatt. Huge thanks today and every day to Barbra Albrecht, Guendalina Rampazzi and to our own Aoife Delaney for pulling it all together. 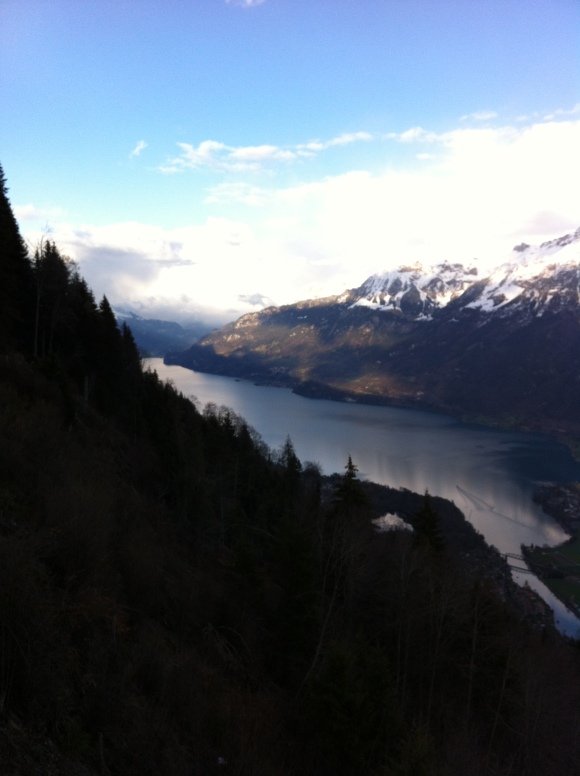 One thought on “Ovation Trophy 2012 Day 1 – Lucerne to Interlaken”