My Shanghai sojourn started with a marvellous meal.

This is how it ended.

The ballroom of the Kerry Hotel looked stunning with accent lighting and clever up-lit props – huge hand painted masks that swiveled in box frames, three dimensional cartoon art in bright colours, festive lanterns, traditional carriages etc. This was the final night of a boot camp for beauties and, soon, China’s Miss Universe would be chosen. All the great and the good of Shanghai were in the Grand Ballroom at the Kerry Hotel. 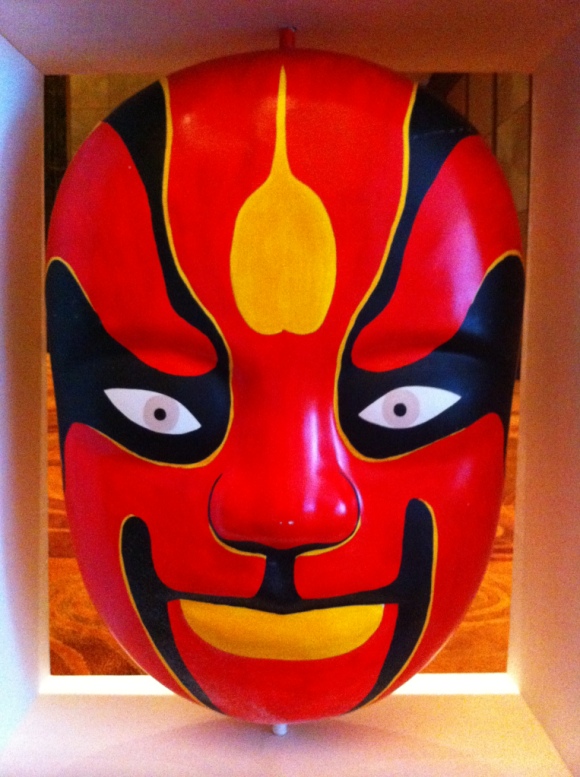 A Horse of a Man

General Manager Peter Clarke was front and centre on the vast stage. He was flanked on both sides by a dozen beauteous forms in heels and sequined minis, their smiles and hair-dos fixed rigid like set cement. Draped in luscious oriental silks Clarke addressed the assembled masses with strident confidence “Beautiful girls in a beautiful hotel”, he said. “It is right and fitting”. In the vernacular of his native County Louth (the “wee” county of Ireland) he was a horse of a man, a statuesque Emperor making a victory speech.

As Peter’s proud proclaiming was drawing to an end Director of Sales and Marketing, Chris rushed over to me. “I’m gonna get your picture taken with them” he said excitedly. The models gingerly picked their way down from the stage, as if on stilts. Cameras clicked and buzzed. Chris expertly cleared a space and quickly arranged a 4-shot for the eager paparazzi (ie, the hotel photographer): all 6’6’’ of Peter stood proud and tall beside two absolute stunners, their lofty elegance accentuated by 6’’ heels. And me? I was the loser in the middle with the idiotic smile looking like a cross between Danny DeVito and Joe Pesci. 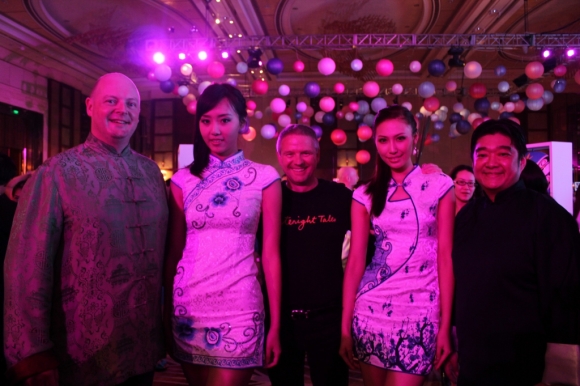 The pace of change in Shanghai is relentless so you have to re-discover the city each time you visit. I spent an inspiring morning at the Pudong Shangri La with big personality Director of Sales, Vina Tay and her colleague Ricky Chua. Having staying during previous visits on the Puxi side I was astonished by the extent of the hotel cluster on the eastern side of the Huangpu River, – Grand Hyatt, Park Hyatt, Ritz Carlton and a soon-to-open boutique Four Seasons are all there – but front line position, with uninterrupted views across to the Bund, is the delectable Shangri La complex, comprising the River Wing (dating from 1998) and the more recent Grand Tower (2005) 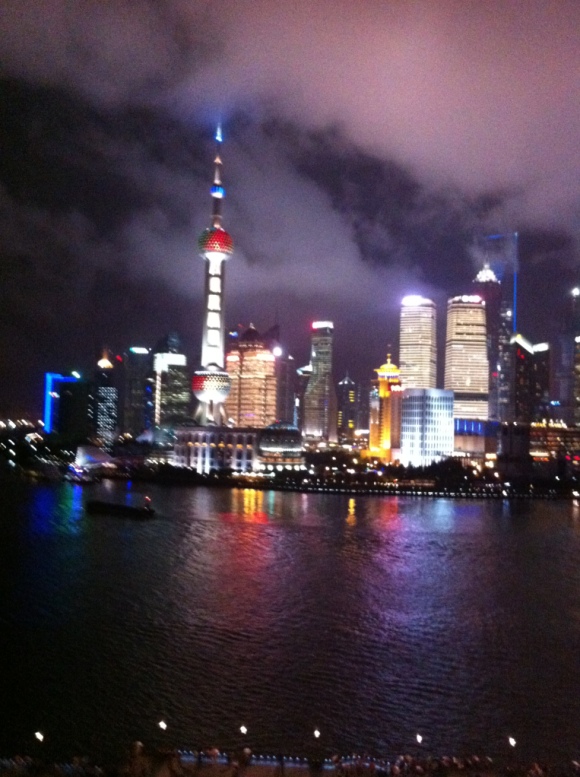 Between the two wings there are 952 substantial rooms with entry level deluxes at 41sqm and two substantial ballrooms with ceiling height of almost 8m and capacity, on rounds of 10, for 800 and 900. Grand Tower and River Wing present contrasting guest experiences with the lacquered dark cherry wood furnishing of the Grand Tower providing the re-assuring upscale feel for the more discerning luxury guest. Rooms there are equipped with DVD, IPod docking station, photocopier/printer/fax, multi- purpose sockets and safety boxes that include charging facilities for phone and laptop.

The Pudong Shangri La has 10 food and beverage outlets including “Jade on 36” replete with pile carpet and soft jade coloured chairs. Like “The Cook” at Kerry Hotel, YI Cafe has 10 different live stations – Lebanese, Mexican, German, Iranian etc – and a truly vibrant, dynamic atmosphere that makes the dining experience so much more than mere stimulation of the palate! It was wonderful to catch up with Ulf Bremer over a traditional Chinese lunch that had more moving parts than a Patek Philippe watch. Ulf is one of a veritable battalion of highly experienced, ex-pat GMs in Shanghai that act as a two ways bridge in this extraordinary destination between east and west, innocence and experience, between raw potential and cultivated wisdom.

Ed Brea is another. With a lifetime’s experience in the luxury sector and 17 years with Shangri La (most recently as Peter Clarke’s predecessor as GM of The Kerry Hotel) Ed is putting the finishing touches to The Kerry Group’s latest mixed development project over on the Puxi side, the Jing An Shangri La. Born and raised in Hawai’i, of Spanish / Italian heritage Ed’s relaxed, unhurried ease contrasts with the scale and speed of the development that he is over-seeing. Like the Kerry Hotel, Jing An Shangri La is an integrated development of office/retail, hotel and residences creating a new social and hospitality nexus in West Shanghai. It is due to open in Q1 of 2013 and will take the Shangri La’s already enviable reputation in Shanghai to new heights.

I also visited with Fredrik Blomqvist a Four Seasons veteran, now in Shanghai having spent time in Dublin (where we collaborated on many projects) and Philadelphia with interim stints around various new Asian projects. Four Seasons Shanghai, in local terms, is a legacy property having opened on the Puxi side all of 10 years ago during the initial wave of high profile international developments. It’s a typical “traditional” Four Seasons property with that reassuring familiar look from the perfectly placed floral displays in the lobby to the very fine, over-sized furnishings in the spacious guest rooms. This Puxi side property will shortly be joined on the Pudong side by a rather more design led construction aimed at a younger luxury guest in search of something more visually audacious and daring. 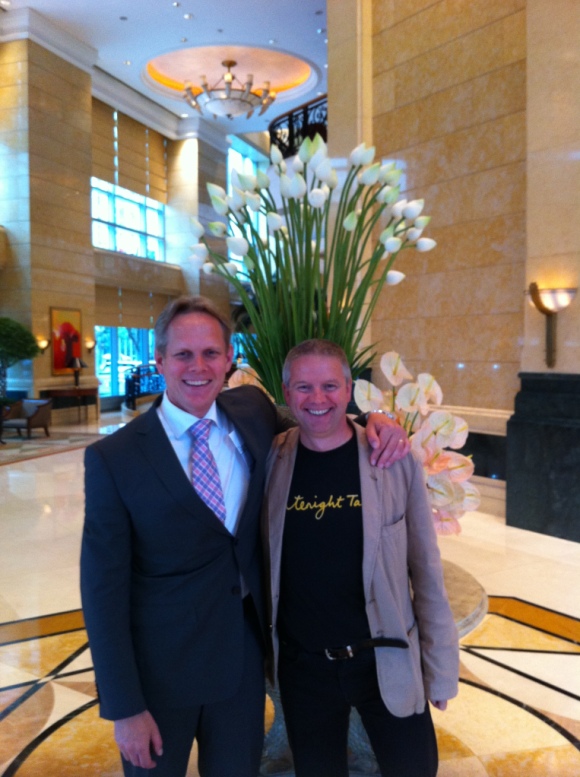 Padraic Gilligan is VP, Industry Relations at MCI and VP of Ovation Global DMC, MCI’s destination services division. MCI and Ovation have offices in Beijing and Shanghai under the leadership of Frankie Gao ([email protected])