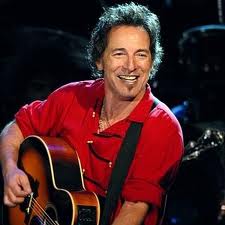 I recently attended the Bruce Springsteen & the E Street Band “Wrecking Ball” tour  and was left with 2 over-riding impressions. Firstly, music is a powerful, indispensable source of healing, salvation and redemption (themes, incidentally, that recur like middle eights in Bruce’s oeuvre). Secondly,  as MCI’s CEO, Sebastien Tondeur, constantly repeats “when people come together, magic happens”, ie, live gatherings of real people, in real places – it can be a meeting, an event, a trade show or a rock concert – unleash a special agent that unifies and binds, changes and transforms. It’s the unrelenting, unparalleled, unmitigated power of live!

Springsteen’s show in Dublin was an epic 32 song set that started just after 7:30pm and ended after 11pm, breaking the curfew in the process (although no plugs were pulled in Dublin). While these are not my 5 favourite Bruce songs – “Thunder Road” is my ALL time favourite – they are the 5 stand out moments from the Dublin event. So dust down your Springsteen albums and give them a listen. 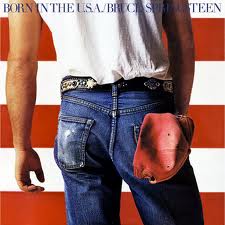 This is Bruce “unleashed”, joyful and exuberant, full of hope and optimism. He calls Steve van Zandt to the microphone and they sing like sixteen year olds about promises made and pacts enacted. It’s only the second song of the night and already we’re eating out of Bruce’s hand. Who said passion, energy and belief were the exclusive property of youth?
2. “My City of Ruins” (from The Rising, 2002)
Written in 2000, prior to 911, “My City of Ruins” was quickly re-purposed as the fragile but hopeful anthem for a city on its knees to “come on,

rise up”. Bruce has re-purposed it once again and now sings it as a heartfelt lament for those who have passed on – notably and poignantly Clarence Clemons, legendary saxophonist of the E Street Band. This is Bruce singing Gospel with profound feeling and faith.

3. “Jack of all Trades” (from Wrecking Ball, 2012)
Here Bruce returns to his blue collar origins and stands defiant and dignified against the fat cat politicians and merchants who close the factories and take away people’s livelihoods. A reduced band performs a stunning pageant with solitary trumpet, searing guitar courtesy of Nils Löfgren and Bruce

marking time on the bass drum.

4. “The River” (from The River, 1980)
A classic of the Springsteen cannon this is usually sung more by the crowd than by the singer himself. And well over 30 years after its release it still pulls at the heart’s strings as it catalogues how hard times can cause hopelessness. The middle aged couple beside me who know all the words of even the most obscure songs looked knowingly at each other as Bruce intones “then I got Mary pregnant …” 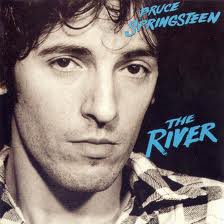 5. “Seven Nights to Rock” (Rockabilly standard)
This is Bruce and the Band back to their origins playing a classic rockabilly tune. Here we have linguists, expert and adept in many languages, back speaking their mother-tongue, revelling in their neighbourhood patois as naturally and easily as fish swimming in the sea. It is exhilarating, inspiring and so much fun.

Padraic Gilligan is VP of Industry Relations at MCI and VP of Ovation Global DMC, the Destination Services division of MCI. This blog on “The Power of Live” first appeared in the “Extraordinary Good News Letter”